If you want to know the future, consider the present and the past. Your future will be determined by your choices today, but how do you make the right choices? One way is to give yourself time to explore your inner world introspectively and work out who you are and what you want from life. Tarot cards can help in this process; read on for more information.

Not everyone knows that tarot cards were not originally developed as a tool for divination. When they were first invented - in Italy in the 1430s - they were used to play parlor games and closely resembled a traditional set of playing cards but had an additional fifth suit of 21 cards added.

The original tarot cards looked very different from those we're familiar with today. They would have been painted with ornate Italian designs consistent with the period for wealthy families. However, in the late 16 century and early 17th century, tarot started to be used for divination. The pack we're the most family with is the Rider-Waite deck, published in the early 19th century.

The origins of tarot cards can be traced to late 14th century Italy, where some of the first playing cards were developed. These playing cards had four suits consisting of wands, coins, cups, and swords. However, in the mid-14th century, artists painted additional cards to compliment them.

The additional cards were called trump cards - originally triumph cards - and often depicted members of wealthy households on the major cards. Some of these sets still exist, particularly cards commissioned by the Visconti family in Milan. Later, the printing press was invented - around 1439 - and playing cards like tarot decks could be mass-produced for ordinary people.

However, early divination practices differed from how tarot cards are used today. The original Venetian cards - still used today - had 78 cards divided into 22 trump cards and 56 minor cards; moving into the 18th century, the cards began to acquire specific meanings for divination purposes, and patterns emerged that suggested how to layout the cards for insight. 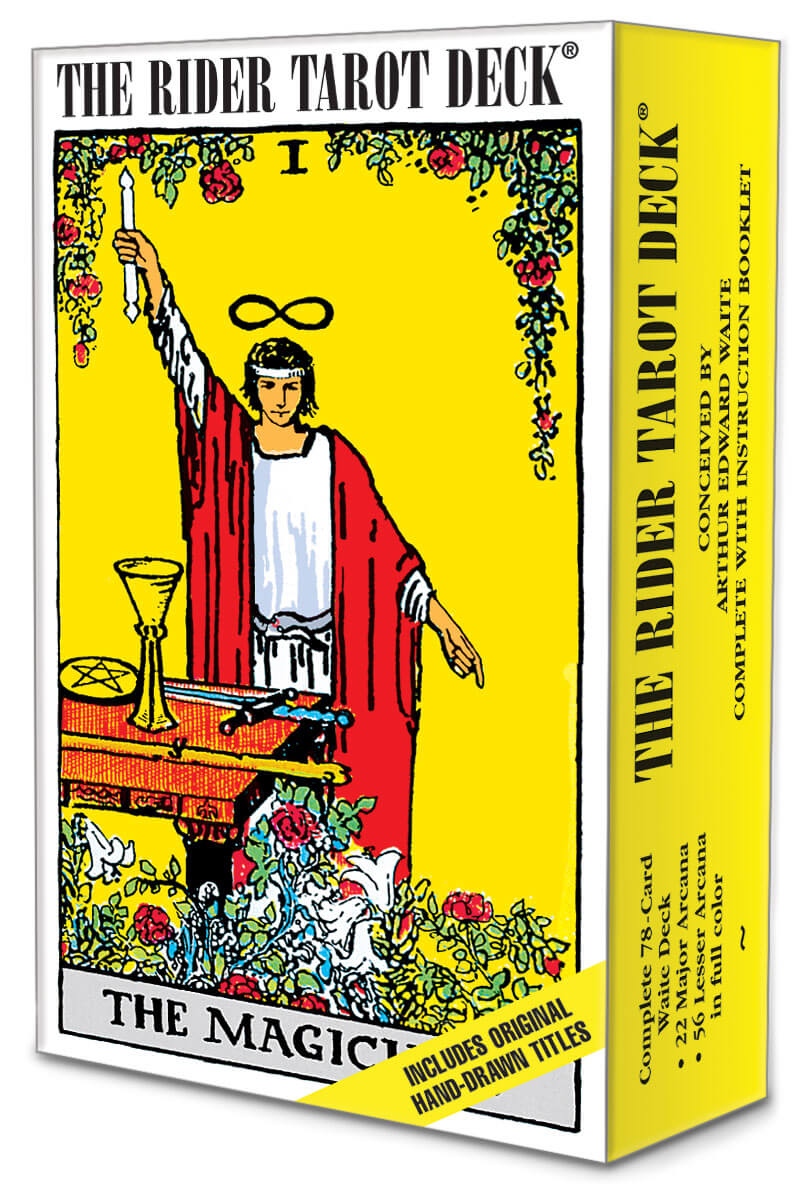 The most widely recognizable tarot cards deck is the Rider-Waite deck, which was first published in 1909. The deck was developed by Arthur Waite - a member of the Hermetic Order of the Golden Dawn - an occultist order active in the late 19th and early 20th centuries.

Although the cards are commonly referred to as Rider-Waite, some people prefer to call them Waite-Smith decks in recognition of the contribution of Pamela Coleman Smith, who created the artwork. Until Smith's contribution, tarot cards didn't use characters to represent images in the lower deck; she leaned heavily on Sola Busca's art for inspiration when creating iconic images.

Nowadays, tarot cards are available in every conceivable theme; whether you love Lord of the Rings, zombies, or classic literature, you can find a tarot deck that matches your interests. However, most of these tarot cards are based on the original Rider-Waite (Smith) deck.

There's a common assumption that you need to have "the gift" to read tarot cards and gain insights into the past, the present, and the future - but that is not the case. In fact, anyone can use tarot cards to unlock their intuition and wisdom and make new life choices.

If you're new to tarot cards, don't worry, they are not difficult to learn and start using. Start by investing in a tarot deck that suits your interests and personality; some people agree that this plays a part in how effective the cards can be in your hands; it's better if you have a personal connection with them. When you have your cards, it's time to learn the basics of divination. 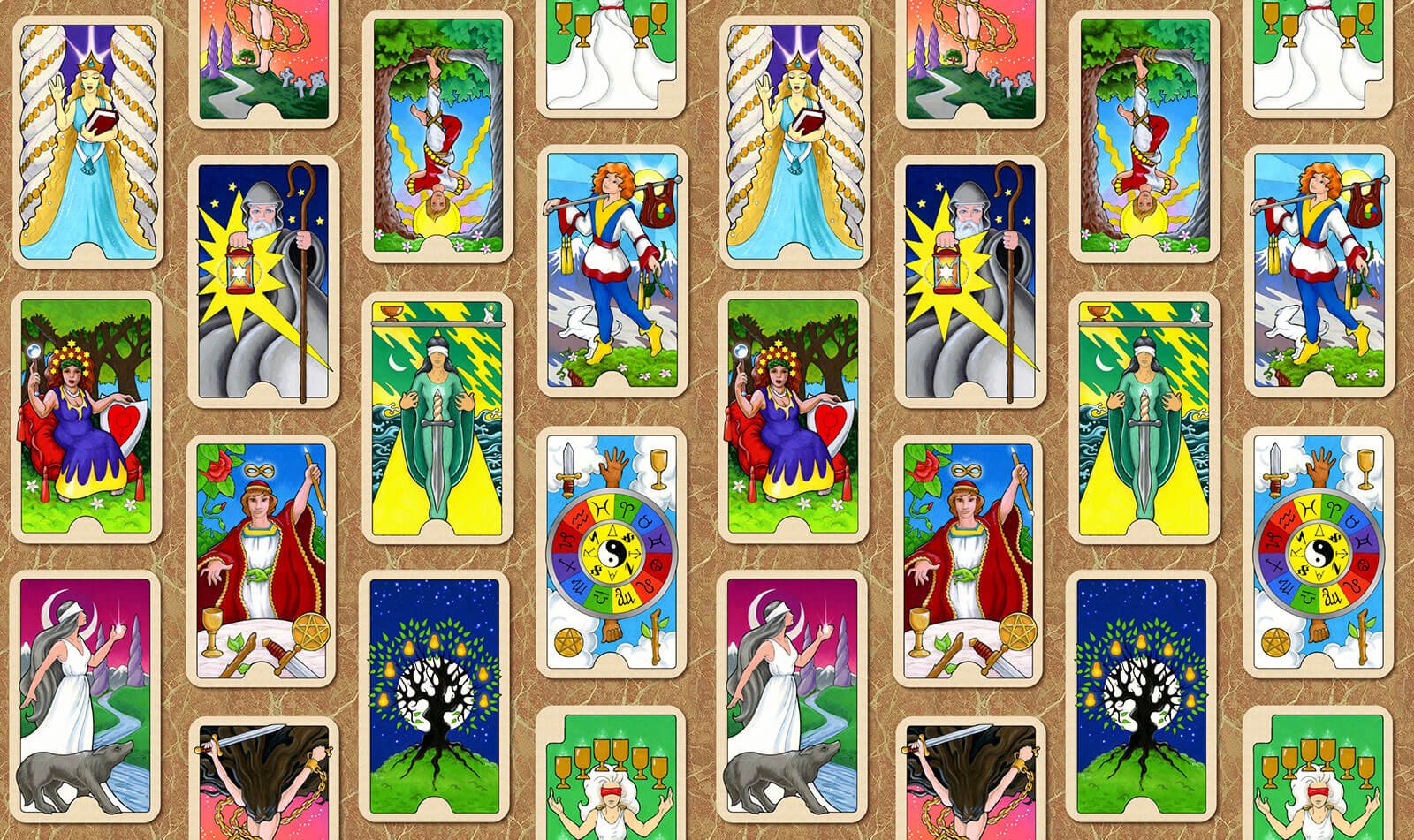 A tarot card deck has 78 cards; 22 of those cards are called major arcana cards; they are trump cards that were initially used for card playing games and contained no spiritual significance. However, when used for divination, the major arcana cards point to large-scale karmic changes.

Some major arcana cards you might be familiar with include The Fool, The Magician, The High Priestess, The Lovers, Death, and the Wheel of Fortune. These cards relate to stages of life, personalities, and various life situations. Of course, the standard meaning of the card can change depending on its relation to other cards and whether it is the right way up when dealt. 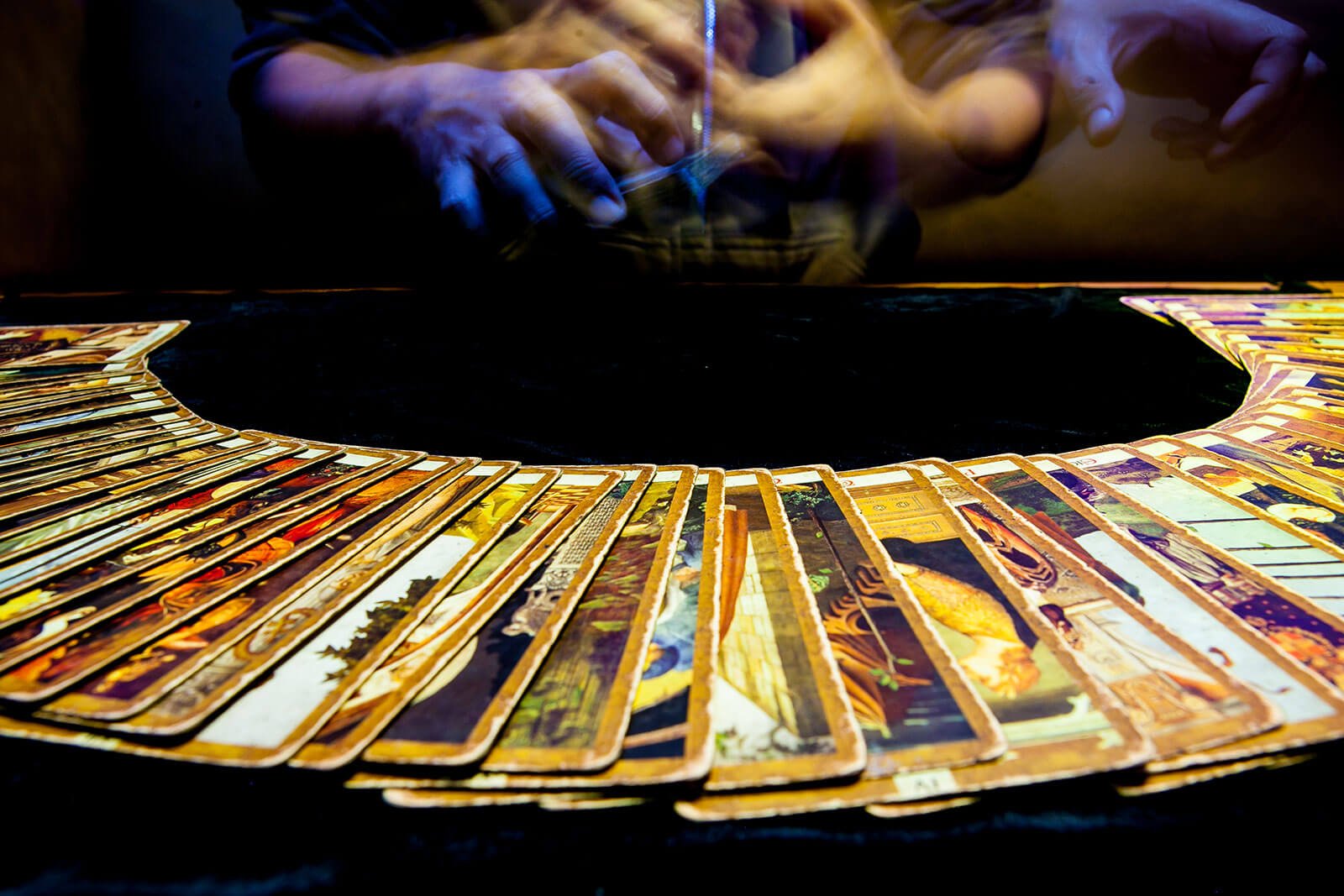 The minor arcana are suit cards that originally had no illustrations; these cards relate to the suit cards of a standard pack of cards - hearts, diamonds, clubs, and spades. These cards offer users insights into day-to-day activities, pointing to conflicts, challenges, feelings, and fortunes.

Instead of playing card symbols, minor arcana cards are broken down into suits of wands, cups, pentacles, and swords. These suits contain 14 cards with a Queen, King, Page, and Knight. Wands are associated with energy, determination, and creativity, cups relate to water and therefore emotions, Pentacles represent money and fortune, and swords symbolize conflict and issues.

Reading tarot cards is an art and a skill, but you don't need to be a High Priestess for them to work; anyone can learn tarot cards and use them to improve their life situation. There is a lot of information on how to read tarot cards, but there's no harm in keeping things simple at the start.

Shuffle the deck and choose three cards. Lay the cards in front of you and turn them the right way up if you're new to tarot reading. Think of the first card are the past, the middle card as the present, and the last card as the future; you can then interpret the symbolism using your tarot guidebook. There are no hard and fast rules; use your intuition to interpret the cards.

If you love tarot cards, you'll want to have the original Rider-Waite-Smith deck in your collection. This tarot deck was developed in the late 19thand early 20th centuries and published in 1909. It was created by Arthur Waite, a member of an occultist organization active at the time.

The first thing you notice about the Rider-Waite cards is their simplicity, but don't let that fool you. Simple characters populate the cards, but they are abundant spiritual imagery that joins the past with the present. For instance, much of the Christian imagery was removed in Rider-Waite.

The Hermetic Order of the Golden Dawn was an esoteric organization active in the late 19th and early 20th centuries. Many notable academics, thinkers, and poets were members and specialized in astrology and divination. This makes Rider-Waite cards reliable and time-tested. 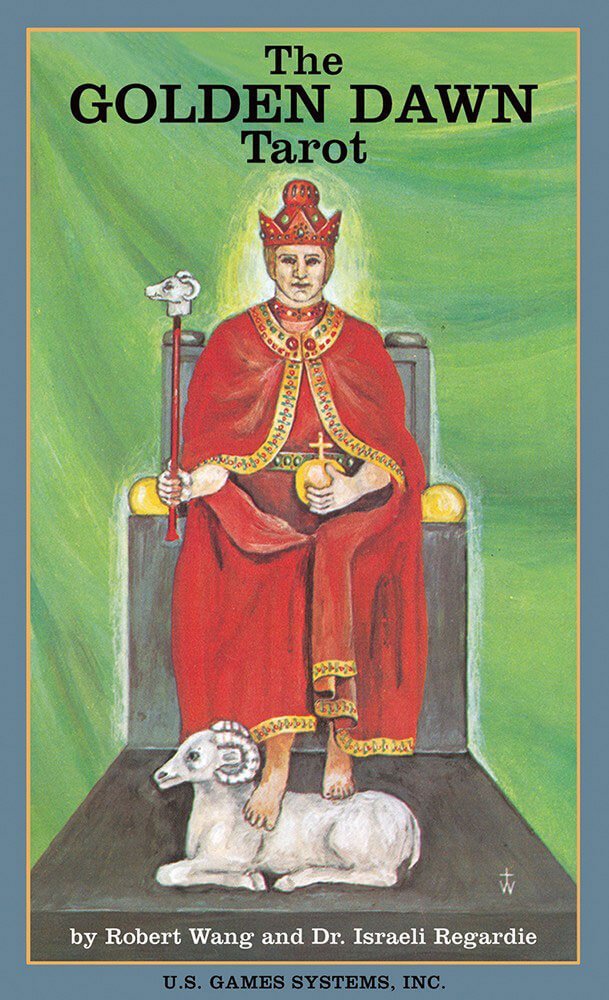 The Golden dawn tarot is based on the original tarot cards used by The Golden dawn organization, which focused on developing tarot as a tool for insight in the second of its three hierarchical orders. The first order taught philosophy, and the third order was a class of chiefs.

In 1937 US Games Systems published the Golden Dawn tarot deck, which Dr. Robert Wang interpreted. Through study and a faithful illustration of the original cards, the Golden Dawn Tarot deck reveals many of the hidden truths and secrets of the magical order of Golden Dawn.

Unlike other tarot decks, the Golden Dawn Tarot was developed for deep insight and spiritual inquiry; for this reason, the images on the cards are more pared down and less picturesque. Still, if you're interested in tarot's secret missing link, these cards are for you. 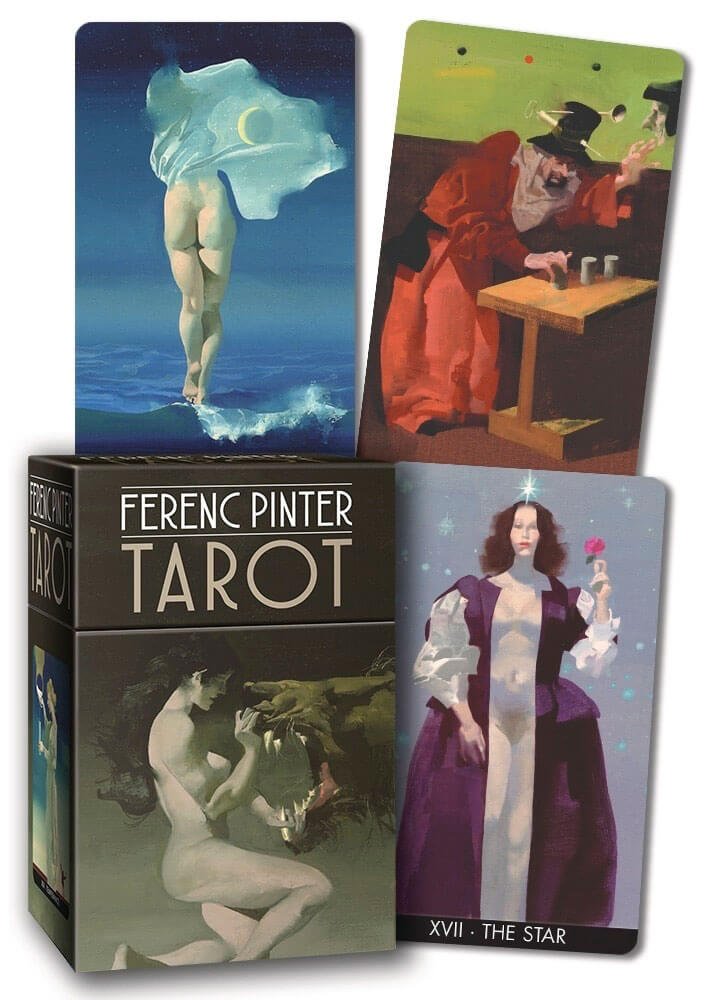 Tarot cards are abundant with color and imagery, so it's no wonder that artists and illustrators can't resist creating original artwork for the cards. Ferenc Pinter is one such artist; he was a painter and illustrator from Hungary who created the tarot cards initially published in 1931.

Ferenc Pinter was an artist of his time in many ways; he worked in the surrealist style. But that made him the perfect candidate to develop a set of tarot cards since tarot cards are meant to symbolize the unconscious and archetypes. These are rendered skillfully in Pinter's cards.

If you want to use tarot cards that are beautiful and accurate, you might consider the Ferenc Pinter deck. With impeccable color, nuanced shading, and fine details, you can enjoy a tarot card experience that embeds you in an alternate reality consistent with a mind-state. 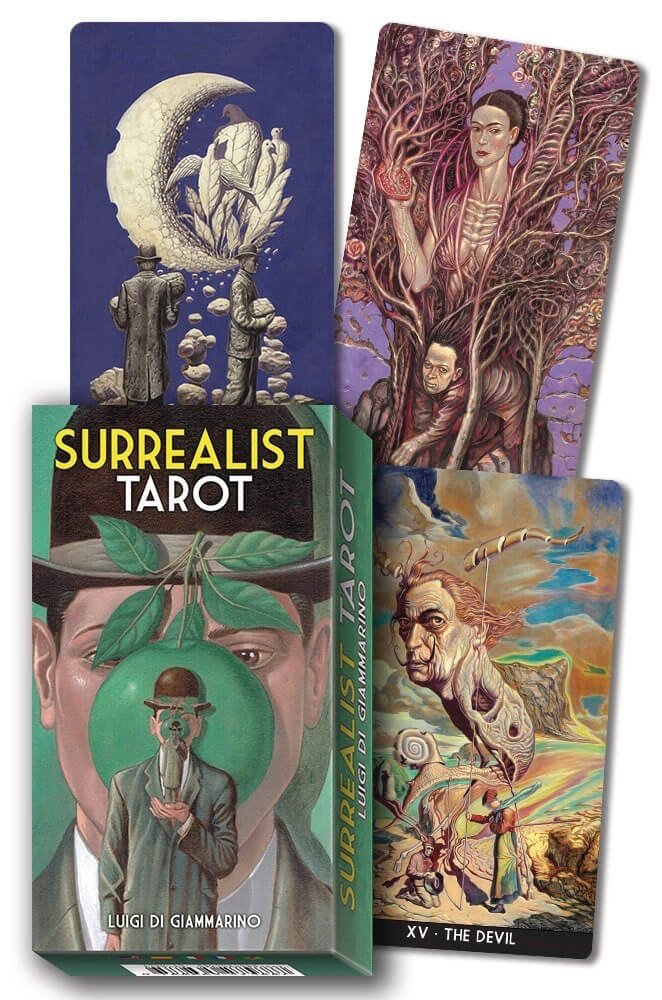 When it comes to dreaming, anything goes; we can walk through walls, fly through the air like superman, or grow branches from our heads and legs. While this is not possible in waking life, the symbolism of dreams impacts our waking life, our perceptions, and life quality.

This is some of the thinking behind the surrealism tarot deck developed on the back of artists such as Magritte and Dali. While this interpretation of the cards might not be for everyone, they are ideal for those who perceive reality in creative ways and want to reinterpret classic images.

When it comes to tarot cards, most people seek answers, but surrealist tarot cards also ask questions. The surrealistic imagery challenges you to think about reality in unconventional ways and make connections you might not have expected. Pick up a set if you love a challenge.

The Rider-Waite-Smith tarot deck is one of the best and most reliable tarot decks, but that doesn't mean it's traditional or boring. The classic deck has many excellent advantages, but it can also be rendered in new ways so that users stay inspired and connected.

The reflective tarot deck is familiar and unique, printed on luminescent holographic cards, these images shimmer with vibrant colors. According to specialists, divination works best when you feel connected to the cards, so you will respond to this shiny deck if you are a shiny person.

Along with a unique set of tarot cards, the reflective tarot deck comes with a small 60-page booklet that gives you all the information you need on the major and minor arcana and how to read them to obtain the best results. Order these cards and others easily from the online store. 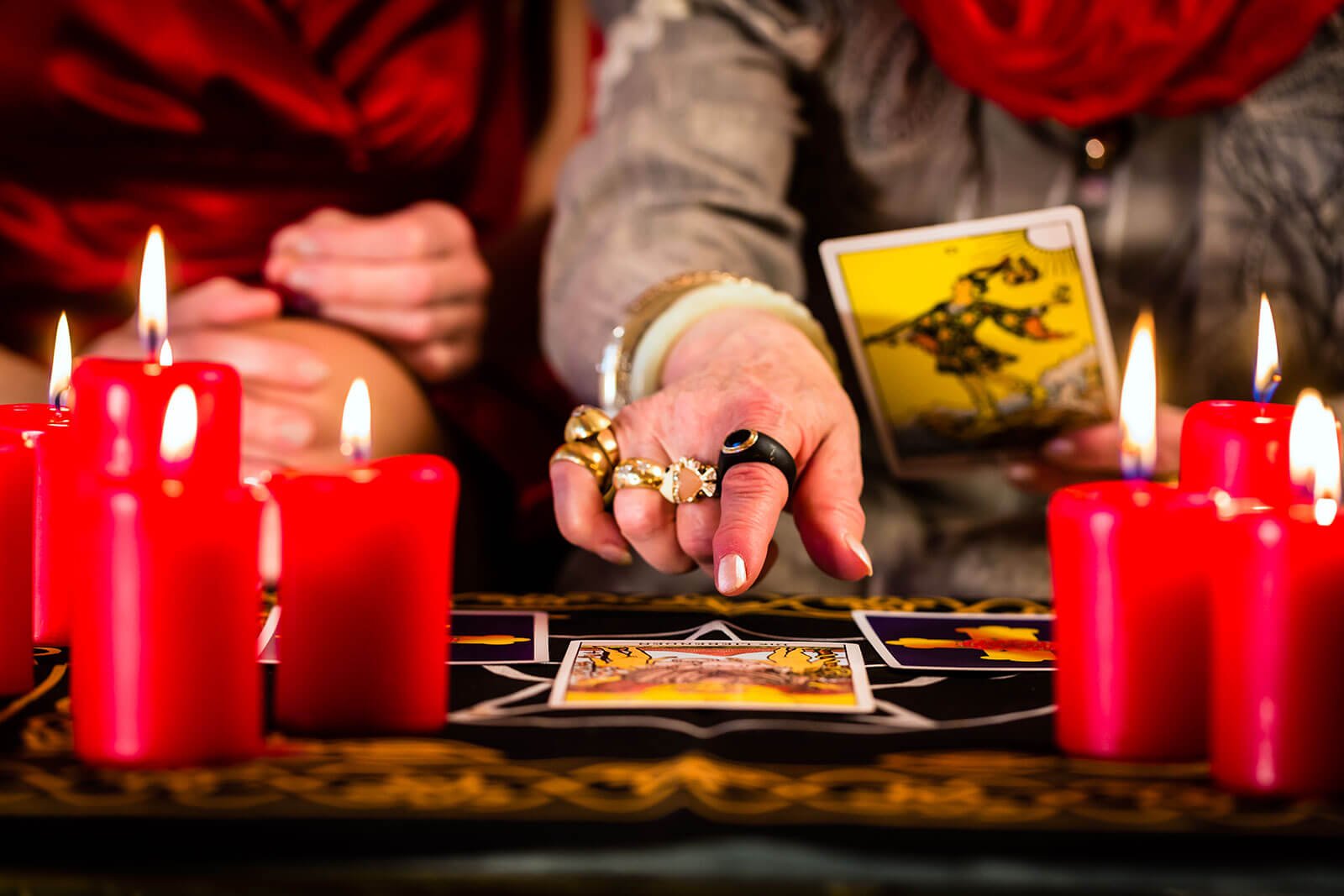 Whether you are a believer or not, you can have fun with tarot cards and gain insights. Most people think that only someone with a gift can see your past, present, or future, but the most accurate insights often come from your interpretations based on introspections.

If you're interested in tarot cards, they are easy to learn and use. Not only that, tarot cards are available in many unique and varied styles; this is advantageous because a tarot deck you feel connected to and be more powerful and get better results. Visit an online tarot card store today.

What questions should I ask?

When using tarot cards, it's a good idea to ask a question; this helps focus your attention on your life situation and gain clear insight. Even if you feel confused, try to pinpoint a particular area of inquiry, such as a relationship question, an emotional question, or a career-related question.

Can Tarot cards tell the future?

The answer is yes and no. Tarot cards don't work like a wizard's crystal ball - you won't literally see the future! However, you can gain insights into our present and future trajectory that can help to define your course. Remember, changing the future is all about changing the present.

Are there any dangers?

While mostly harmless, tarot cards might pose a danger if you ask a difficult question and receive cards that you interpret negatively. If you're having an issue with tarot cards or your life situation, it can be helpful to speak to a therapist or a mental health professional for guidance. 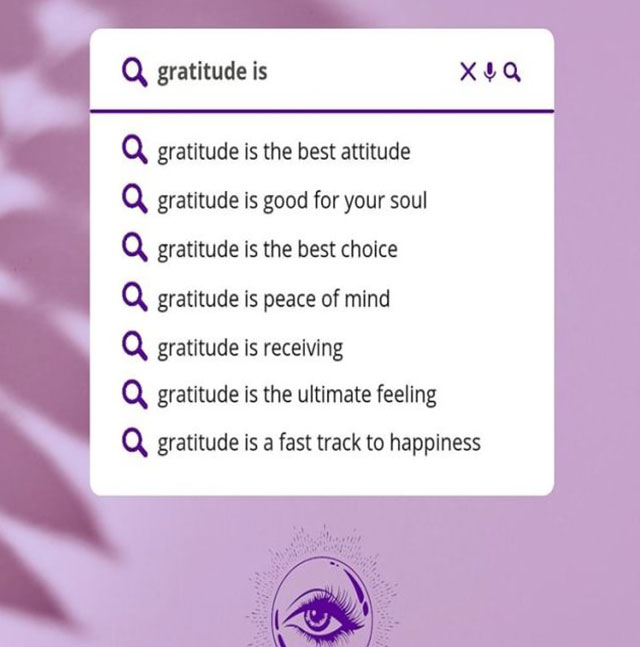 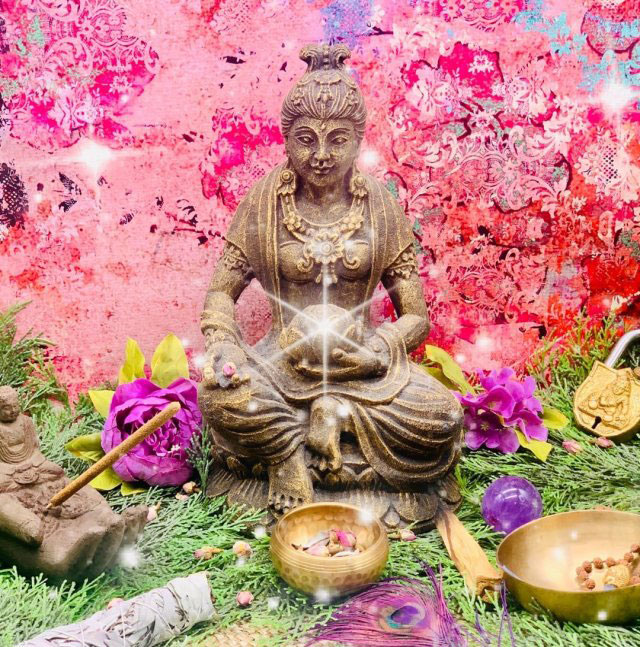 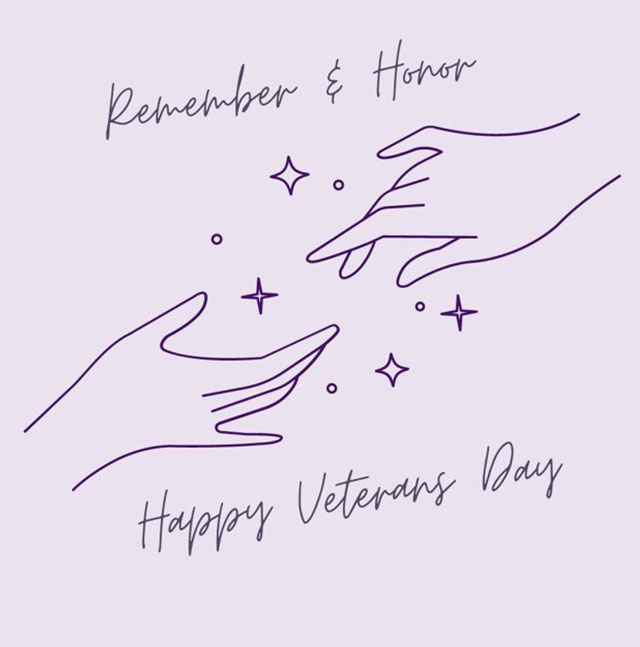 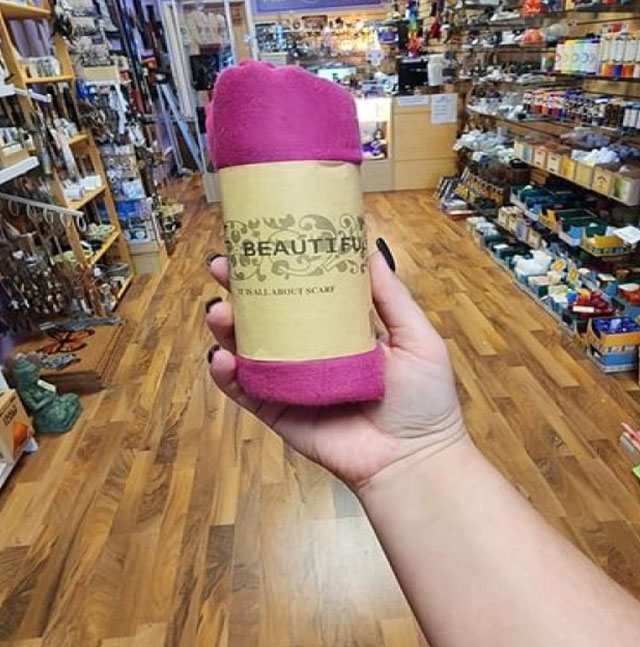 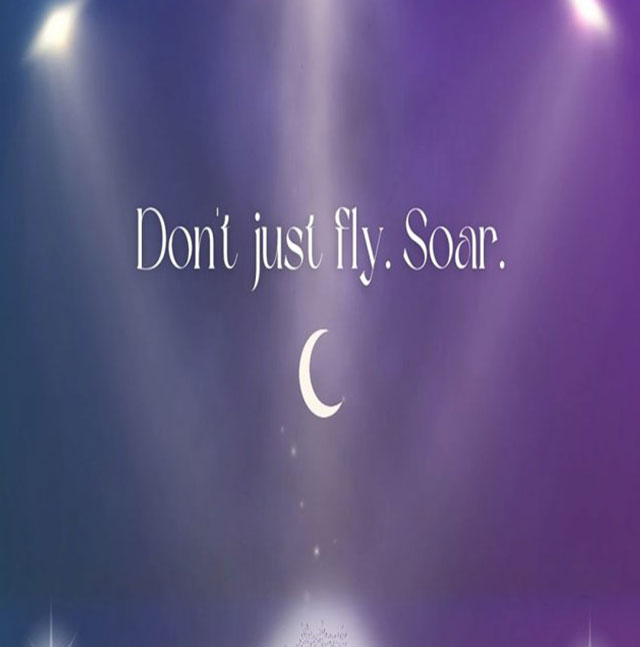 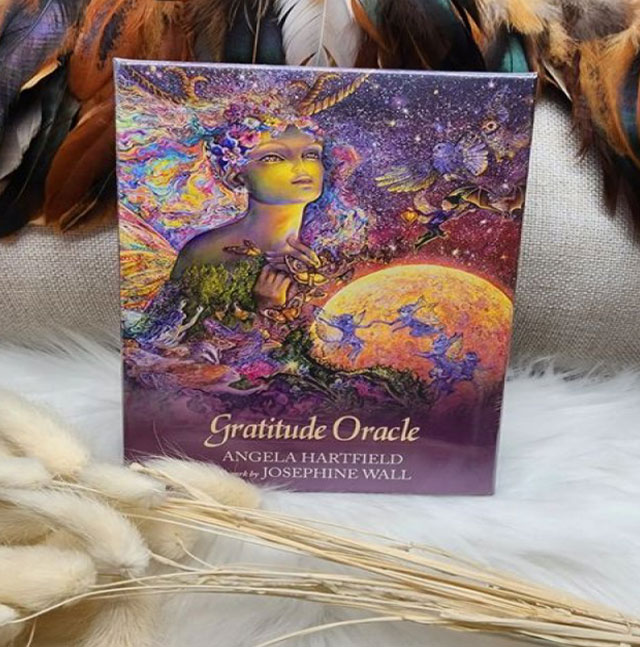